Since the Russian invasion of Ukraine, Central and Eastern Europe (CEE) has struggled to replenish its gas storages and ensure it has sufficient supplies to get through the winter. Russia twice halted gas flows completely through Nord Stream 1 to the continent after Europe and its allies imposed sanctions on Moscow, and the United States is poised to become a major player in the global LNG markets. Only in the last six months, the US has become the largest LNG supplier for the EU by providing 47% of Europe's total LNG imports, followed by Qatar at 15%.

Increased LNG export capacity, higher prices, and greater demand, especially from Europe, support the growth of US market power. The natural gas boom and export to Europe pays off as prices on the continent skyrocket and American energy companies and traders are raking in massive profits from sales. Moreover, a major deal on LNG recently unveiled in Brussels by US President Joe Biden and European Commission President Ursula von der Leyen is a successful strategy to strengthen the transatlantic partnership and energy security. The deal also reflects the US’ willingness to bring energy stability to Europe in order to maintain economic pressure on Russia as the war continues. 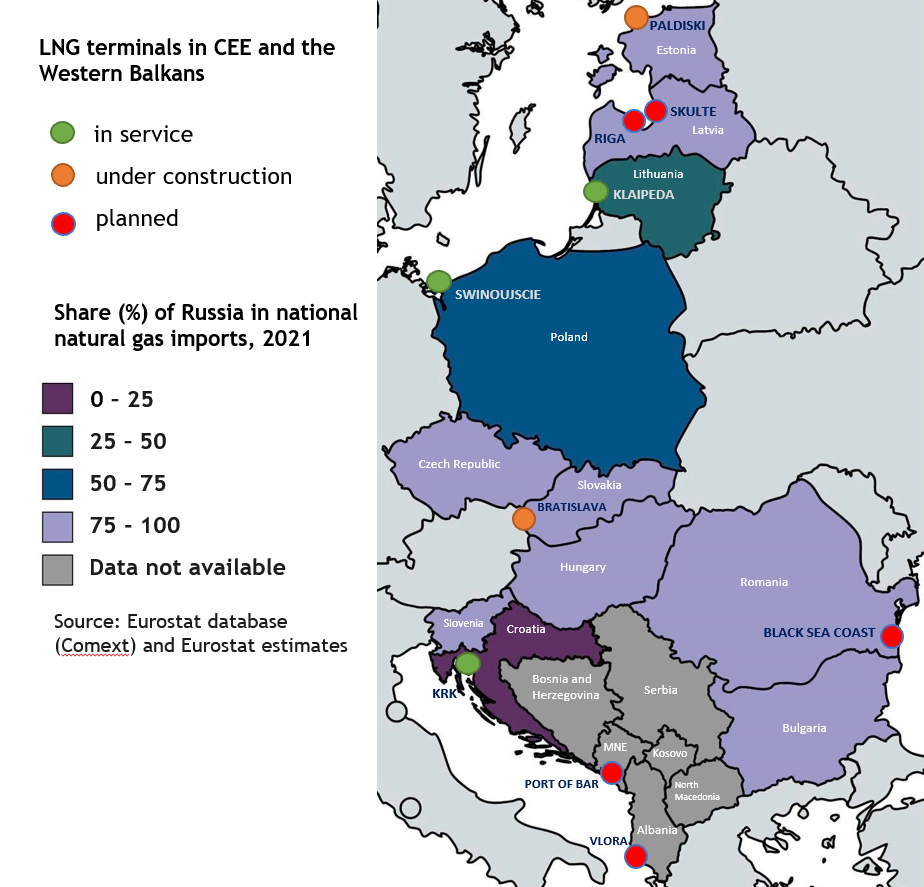 Meanwhile, the war in Ukraine is another reason for the CEE countries to strive for energy independence and call for greater unity by applying the EU's "solidarity mechanism" measures. Estonia is set to complete Europe's first LNG project since the war started, Poland is taking a significant step towards energy diversification by completing the Baltic Pipe, Croatia will invest EUR 180m to build a gas pipeline on the northern Adriatic Island of Krk, while Romania's Transgaz joins US-led LNG network project in Eastern Europe.

There will be continued political and business demand for the US to be an important LNG partner which will result in even higher prices for natural gas until it’s backed up by new investments in gas infrastructure. In the medium term, Europe will have to prepare to pivot away from fossil fuels by investing in new terminals and technology support. European countries without adequate LNG infrastructure such as Estonia, Latvia, Poland, and Croatia are also considering secure floating storage and regasification units or expansions at existing facilities. Transatlantic cooperation will be essential for CEE energy security, and US natural gas exports to the continent may remain at a similar level until at least 2025, when Qatar is set to expand its gas production.

As temperatures soar across the globe, Democrats in Congress have woven together a party-line package to help achieve President Biden’s goal of a 50% reduction in greenhouse gases by 2030. The Inflation Reduction Act (IRA), likely to emerge from Congress this summer assuming Democrats can manage their fragile 50-vote Senate majority, has the potential to complete a…