The EU and US Chips Acts: Mutually beneficial or zero-sum game?

Following the severe disruption in semiconductor supply chains that began during the covid-19 pandemic, governments around the world are taking action to bolster supply chain resilience and strengthen their domestic industries. The US and the EU are no exception, with the Biden administration signing the CHIPS and Science Act into law last month, and the European Commission publishing its own Chips Act earlier this year (with the latter is still going through the legislative process). Yet despite their superficial complementarities, the US and EU’s plans could end up heightening tensions between the two powers.

In theory, the US and EU Chips Acts complement each other well. Both seek to invest heavily in local chip design and manufacturing, in order to reduce (if not eliminate) reliance on chips made elsewhere, particularly in Taiwan and South Korea. As close allies that have formally pledged to work together on semiconductor supply chains, greater manufacturing in one or the other region should improve resilience for both partners, while big pots of public funding will be mutually accessible to each other’s chip firms. What then, is the problem? 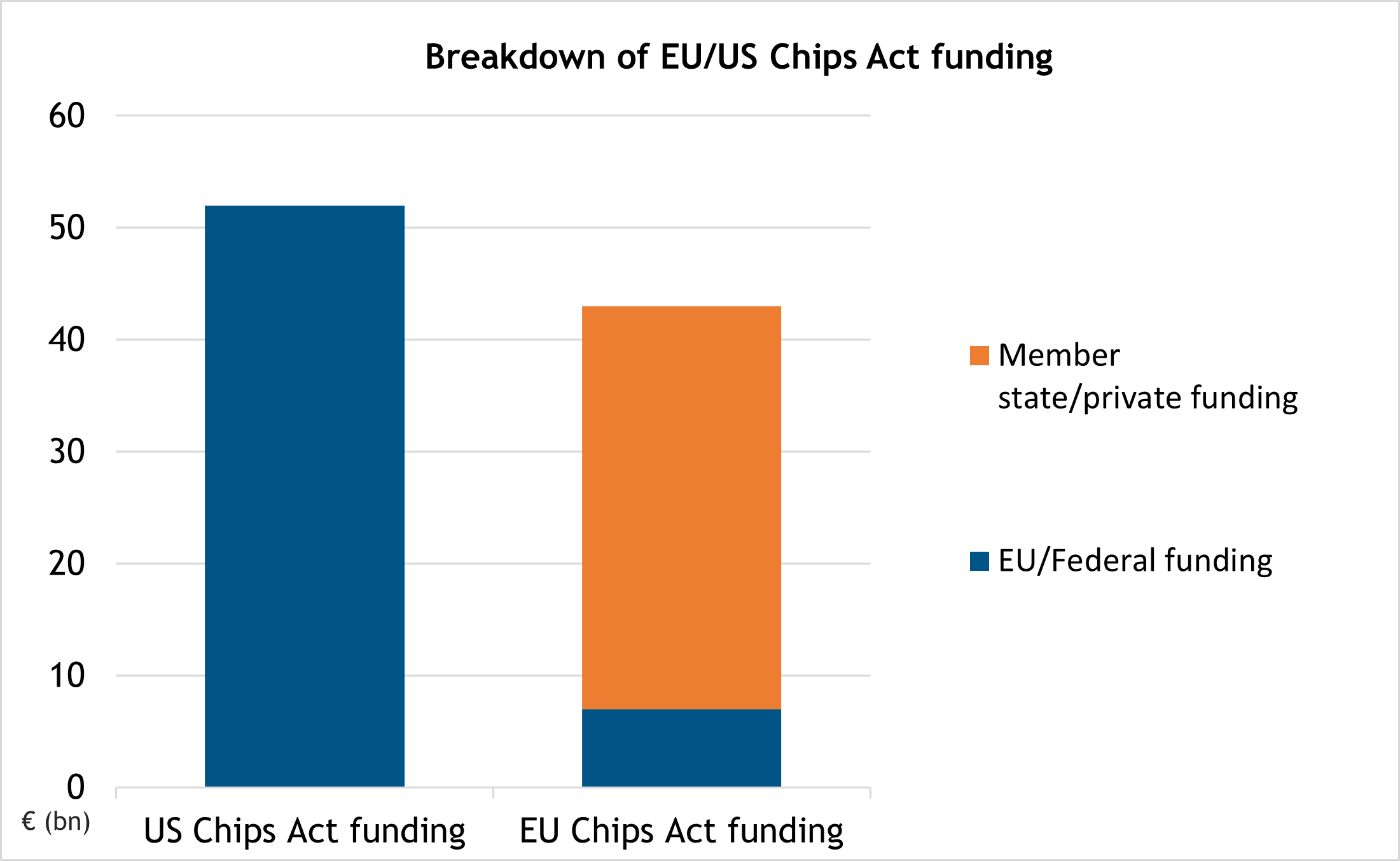 Two issues in particular come to mind. The first is the risk of a so-called ‘subsidy race’ whereby the EU (including its member states) and the US compete in luring chipmakers to invest locally, inflating the value of subsidies and ultimately the cost to taxpayers. Disgruntlement about the other party’s subsidies could in turn lead to complaints about unfair or illegal support for domestic industry, potentially through the lodging of formal disputes at the World Trade Organisation (WTO). The possible second cause of EU-US disagreement is the emergency powers proposed by the Commission in response to future supply chain disruption. These would among other things allow the EU to impose “priority orders” on private (including US) chipmakers and use export controls to prevent relevant technology from leaving the bloc.

With legislative negotiations over the European Chips Act still underway, the Commission could yet be forced to change its plans. The supply chain powers, also known as “Pillar 3”, have already faced hefty criticism from parts of the European Parliament, certain member states and industry players, and may therefore end up being revised. Meanwhile, a recent reciprocal commitment to exchange information on semiconductor subsidies, made as part of the EU-US Trade and Technology Council (TTC), could provide a useful forum for preventing and resolving disputes. Either way, despite their close relationship and shared objective of achieving greater autonomy in semiconductors, the EU and US Chips Acts are not quite as compatible as they might appear at first glance. 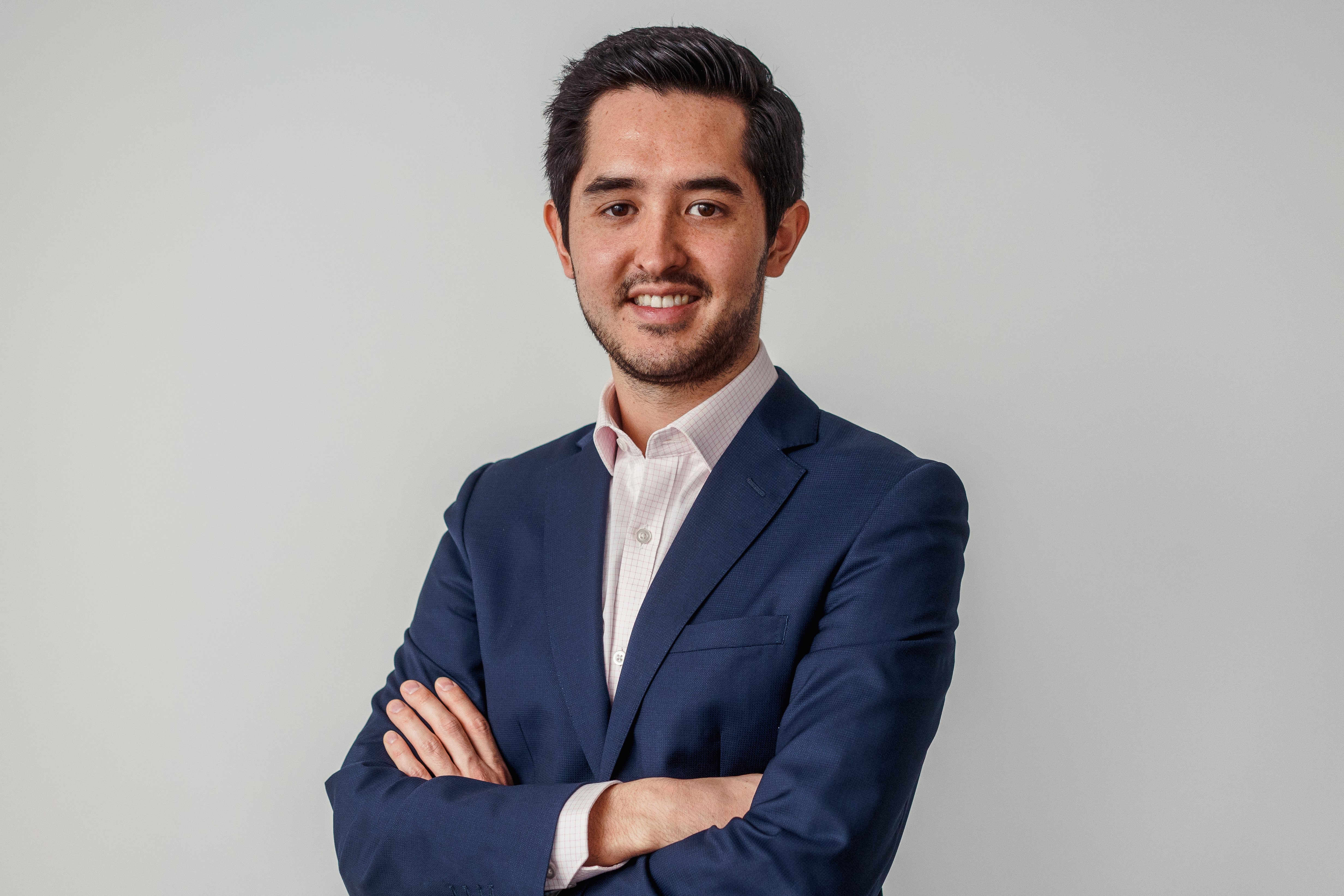 When California – the home of Silicon Valley – passes major internet-related laws, the rest of the country pays attention. As federal data privacy legislation continues to stall, California is once again setting the blueprint. On September 15, Governor Gavin Newsom signed into law the California Age-Appropriate Design Code Act (AADC), which…

Top in Tech: leadership changes in the UK and data protection in the US

This week on Top in Tech, Conan D'Arcy is joined by Senior Associate Ugonma Nwankwo and Associate Director Megan Stagman to discuss the tech regulatory impact of the UK's new leadership and recent US data protection proposals.