Jostling for position – Is there substance to the Africa summits?

In late November, China’s flagship Africa summit, the Forum on China–Africa Cooperation (FOCAC) took place in Senegal. In 2022, the EU, the US, Russia, and Japan have all planned major Africa-focused summits. This clustering of Africa + 1 summits has given rise to debates about whether we are witnessing a new intensification of foreign interest in the continent. But is there substance to these summits? And if so, what’s in it for Africa?

FOCAC featured some headline-grabbing announcements. Chief among them the promise that China would donate an additional 1 bn doses of covid vaccines to Africa. Amidst further announcements of projects across health, agriculture, green development, education, and security, one fact received less coverage. Over the next three years, China is planning to make about $40 bn available to Africa – a third less than committed at the last FOCAC. In addition, China is expected to slow down expensive infrastructure investments abroad.

It was therefore particularly telling that the EU chose the day after FOCAC to announce its new infrastructure investment initiative, Global Gateway. By 2027, the EU pledged to mobilise up to $340 bn to support the green and digital transitions in partner countries. At the upcoming EU-African Union Summit, scheduled for February 17th, the EU is hoping to find agreement on a new “strategic partnership” between the two continental blocks. And, according to Ursula von der Leyen, it will be the first instance where the EU explores how to utilise the Global Gateway in its partnerships.

The promised US-African Leaders Summit will likely not take place until late 2022. We can therefore expect the Biden administration – eager to repair the damage done to the US-Africa relationship under President Trump – to use the intervening time to put meat on the bones of the US-led G7 initiative Build Back Better World (B3W), which seeks to allocate $40 bn in infrastructure spending abroad. 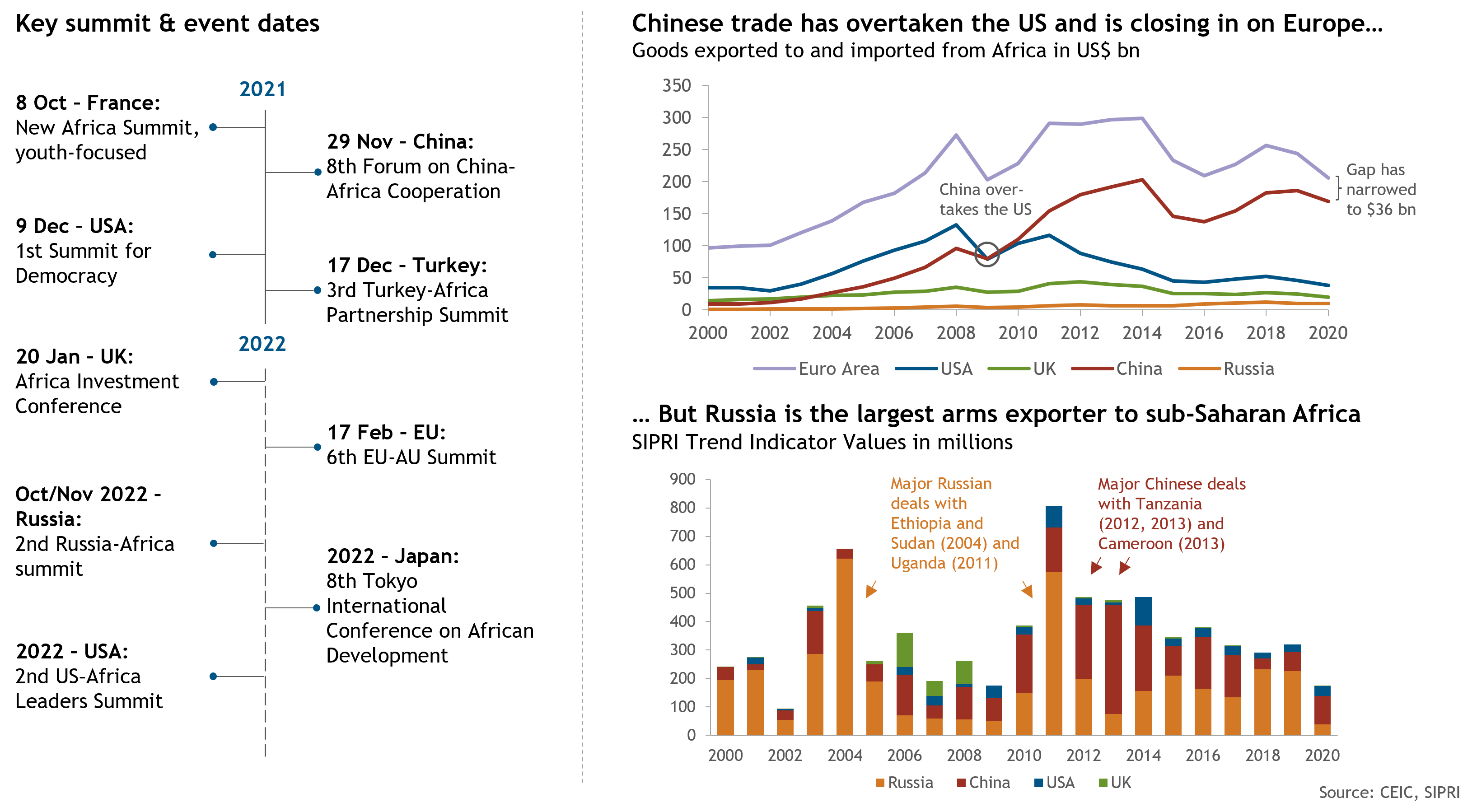 While these new initiatives are arguably about re-establishing Brussels and Washington as the partners of choice of African countries, they can also not be separated from a desire to counter China, whose Belt and Road Initiative has made a lasting impact on infrastructure projects in Africa. A disappointing recovery forecast for China in 2022 and the resulting more inward-looking focus might make this an opportune moment for the US and EU to shine. Yet, the US has already indicated that its B3W projects will only be open to democracies, and the EU is known for red tape. The success of the upcoming summits may depend on whether African governments will be won over by the new initiatives.

Yet, the US and EU summits are not the only big events in the calendar for 2022. Russia is planning to host its second Russia-Africa summit. While other deals will certainly feature, security cooperation will be high on the agenda. Russia is already the largest arms supplier to the continent. And Russian mercenaries Wagner Group are playing a key role in the Central African Republic and have recently extended their activities to Mali. While Mali is currently under sanctions by regional grouping ECOWAS following a coup, Russia tends to ask few questions about the democratic credentials of countries it supports militarily. Similarly, Moscow has been eager to build closer ties with Guinea’s new military leaders following another coup. Russia has significant mining interests in the country.

So, we can certainly expect these summits to be ambitious – if likely on different fronts. And given mounting competition for key resources to power the world’s energy transition, many of which can be found in Africa, we should expect this to continue beyond the 2022 year of summits. This could also mean a narrowing of options for countries such as the UK, which will struggle to compete on the scale of the US, China or EU. While this might impact the clout of British companies on the continent, it also offers opportunities and offers rewards for companies able to find synergies with other partners.

But where does this leave Africa? Africa is now better equipped than ever to leverage this new wave of interest in the continent. African Union representatives now always feature prominently at summits. The African Continental Free Trade Area, too, will increasingly empower the continent’s leaders to speak with a single voice in negotiations, increasing their bargaining power. While neither institution has the cohesion and centralisation of the EU, a more united Africa may become a tougher negotiator. Therefore, while China, the EU, US and Russia jostle for position, this year of summitry should give African leaders more choice. 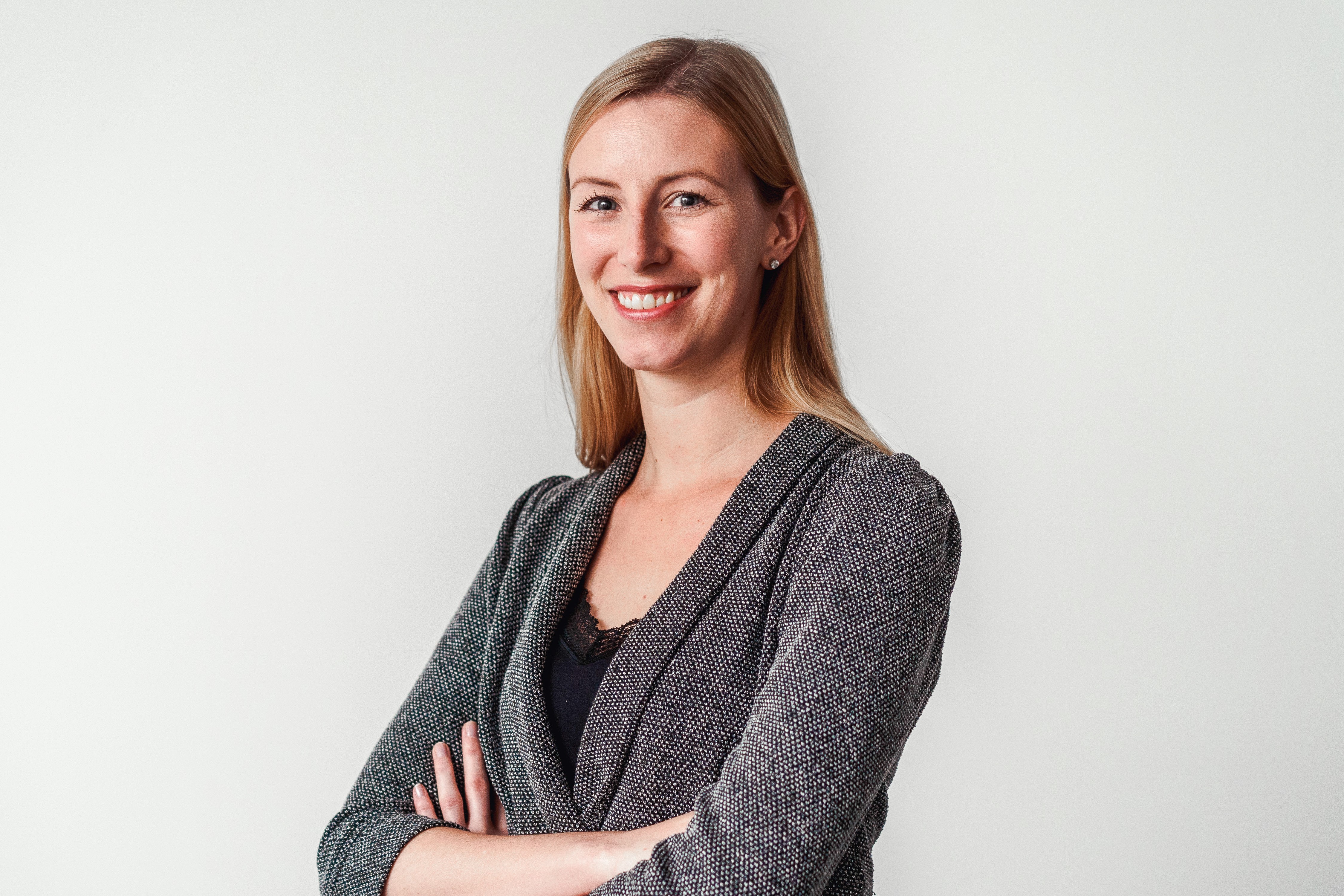