The other side of the coin: CBD COP15 and what it means for the private sector

This week, over 15,000 delegates, including environment ministers from around the world and Canada’s Prime Minister Justin Trudeau will be attending the Conference on Biological Diversity (CBD) or ‘COP15’ which is being hosted in Montreal. Building on the momentum of COP27 (the climate COP) which saw progress towards agreements to halt especially deforestation, COP15 is hoped to bring the ‘Paris moment’ for biodiversity via the agreement of the Post-2020 Global Biodiversity Framework.

The delivery of COP15 has been a delayed affair, with the summit originally planned to take place in Kunming, China in 2020. Whilst the first half of the conference took place in 2021, due to delays and postponements as a result of the Covid-19 Pandemic, the second half will now be hosted by Canada, whilst still under the Chinese Presidency.

In recent years, biodiversity has climbed up the international agenda. This momentum has led to increasing recognition that climate and nature are two sides of the same coin and need to be addressed simultaneously. This year we saw COP27 dedicating a thematic day to biodiversity, with notable agreements including the creation of the Forest and Climate Leader’s Partnership, as well as the Lowering Emissions by Accelerating Forest Finance (LEAF) coalition announcing further financial commitments for the conservation of tropical forests.

Decadal goals for biodiversity were previously set at COP10 in 2010, which was held in Japan and saw the adoption of the UN’s Strategic Plan for Biodiversity 2011-20, which set out 20 Aichi Biodiversity Targets to achieve the goal of ‘living in harmony with nature’ by 2050. These targets aimed to at least halve the loss of natural habitats, eliminate subsidies that are harmful to nature and expand nature reserves to cover 17% of the world’s land areas and 10% of marine areas. To date, these targets have not been met.

This year’s biodiversity COP is hoping to agree on the next iteration of decadal targets, through the adoption of a new Global Biodiversity Framework. The Post-2020 Global Biodiversity Framework (GBF) is intended to galvanise action by governments, businesses and society to support action to reverse the loss of biodiversity. The framework builds on the Aichi targets, setting out 22 targets including interim milestones to be reached by 2030. Given the development of these interim targets and the increased political focus on biodiversity since 2010, it is hoped that this second round of decadal targets will be more successful than the Aichi targets. Expected sticking points are likely to centre around how ambitious the framework plan should be, how to finance it and how to ensure progress through transparent measurement and reporting. Given the slow progress at GBF preparatory talks in Geneva and Nairobi, and China’s announcement that global leaders will not receive an invitation to the conference, uncertainty remains as to whether a sufficiently ambitious agreement will be delivered. However, whatever the outcome, it is likely to have a significant impact on businesses and investors by catalysing biodiversity-related litigation as well as driving increasingly stringent demands on how to address biodiversity as part of investment risk management.

Of note is Target 15 of the draft framework, which mandates all businesses to assess and report on their dependence and impacts on biodiversity, in addition to reducing these negative impacts by at least half. In a landmark movement leading up to the conference, in recognition of their role in addressing biodiversity loss, over 300 companies have been campaigning for mandatory nature-related disclosure through the ‘make it mandatory’ campaign. Signatories include businesses such as Ikea, Nestle, Unilever, and H&M Group, as well as financial institutions such as Aviva Investors and BNP Paribas. The campaign argues that the mandate should affect all large businesses and financial institutions by 2030. This will have direct implications for the private sector, driving increasingly stringent demands from financiers and investors on how to address biodiversity as part of investment risk management. Should this target be adopted, it will be supported by the complementary work which is being carried out by the Taskforce on Nature-related Financial Disclosure (TNFD), which is currently in the process of developing a globally harmonised framework for disclosing biodiversity-related risks and opportunities, the final publication of which is expected by September 2023.  This will provide guidance for the private sector on how to report and act on nature-related risks, with the ultimate aim of redirecting financial flows towards nature-positive outcomes.

Given the failure of developed countries to deliver on the climate COP finance goals, another thorny issue to be discussed is biodiversity finance. The hope is that this will hold developed countries responsible and accountable for delivering additional finance for developing countries where the most severe impacts of biodiversity loss are being felt. One of the key mechanisms put forward by to address this is a new ‘Global Biodiversity Fund’, which will provide new and additional finance for biodiversity, intended to mirror the 2020 climate finance goal for developed countries to deliver $100 billion a year by 2025. The framework could also see a focus on debt relief, with calls for development banks to address country-level sovereign debt in ‘just and equitable ways’ along with ‘debt-for nature’ swaps (a financial transaction where a portion of a developing nation’s foreign debt is forgiven in exchange for local investments into environmental conservation measures). The framework as it stands also includes a target to redirect or eliminate incentives that are harmful to biodiversity, with the aim to reduce them by at least $500 billion per year.

The draft framework also includes a target that requires the integration of biodiversity values into policies, regulations and incentives at all levels of government and across all sectors of the economy to ensure that activities and financial flows are aligned with biodiversity enhancement.  The agriculture sector is likely to be impacted by additional regulation as a result of increasing emphasis on reducing pesticide use and moving towards organic, agroecological farming techniques. In the wake of the Russia-Ukraine crisis, the realities of global insecurity are being felt across the globe, making any regulations focused on reducing reliance on fertilisers highly contentious. This will be a complex area for negotiators to navigate as they weigh up the current concerns around food security versus the long-term sustainability of our global goods system.

Looking beyond COP15, it is clear that biodiversity is becoming an increasing focus for policymakers, with a plethora of biodiversity-related frameworks and legislation in the pipeline for 2023. Specifically, next year will see: the finalisation of the EU Deforestation Regulation, the proposal of UK legislation on due diligence for forest risk commodities, the TNFD issuing their final disclosure framework, and the publication of the EU Taxonomy’s objective on biodiversity, to name but a few. Whilst the agreement of the GBF remains to be seen, what is clear is that the age of addressing issues of biodiversity alongside climate is well underway. Whatever the outcome, COP15 is just the beginning. 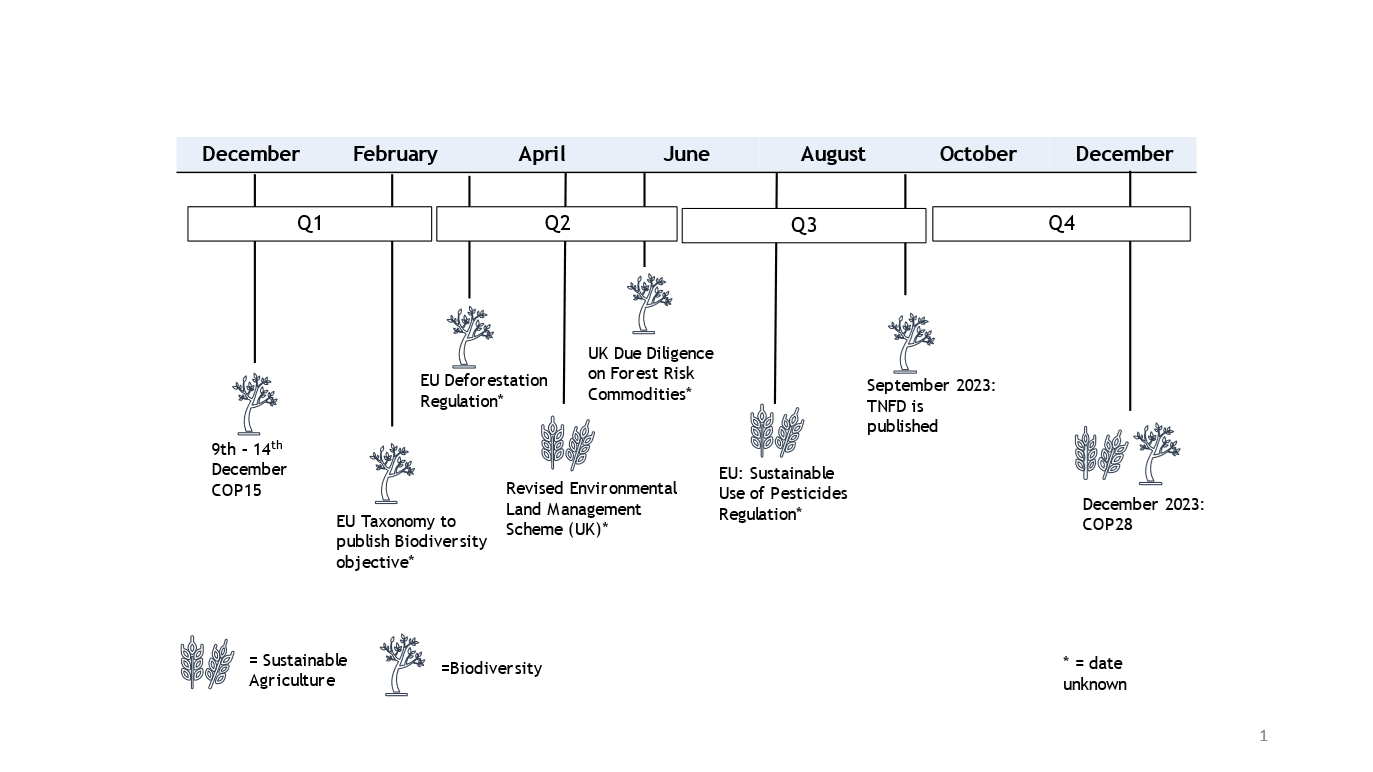 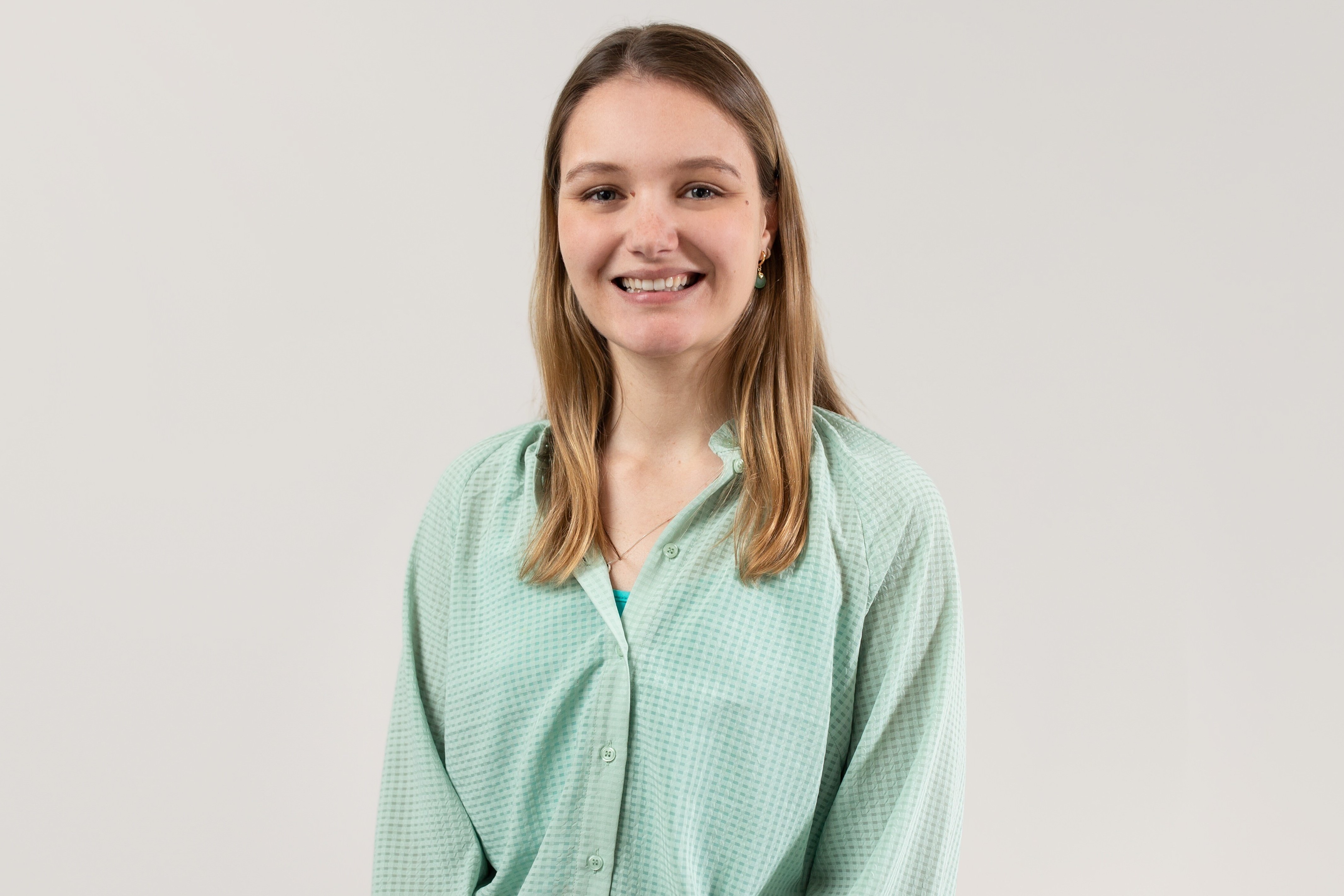 On June 6th, the US Department of Energy (DOE) published a Notice of Intent (NOI) to release a Funding Opportunity Announcement (FOA) for at least four Regional Clean Hydrogen Hubs (H2Hubs) in the September/October timeframe. The NOI outlined DOE priorities for successful applications for the $8bn authorised by the November 2021 landmark Infrastructure Investment and Jobs…