Partner, competitor or rival? Prospects of a German Zeitenwende in European China policy in 2023

2022 has popularised a new German word in international politics: Zeitenwende, an “epochal tectonic shift”, emanating from Russia’s war of aggression against Ukraine. Europe’s increased awareness of economic exposure to authoritarian regimes has coincided with the emergence of new, China-critical voices in European capitals, such as the Greens in Germany, which have shaken up Germany’s China strategy, and by extension the EU’s. In summer 2022, for the first time, Volkswagen was denied export credit guarantees by the German government, due to concerns about human rights violations in the investment destination Xinjiang. The decision could set a precedent; Berlin is discussing plans to encourage German firms to diversify their Asian trade, to invest more in Central, East and Southeast Asia, rather than “just” China.

Yet at the same time, German Chancellor Olaf Scholz, holding the G7 presidency in 2022, was the first Western leader to meet with China’s President Xi Jinping since the outbreak of the Covid-19 pandemic. In a recent Foreign Affairs article, he firmly rejected Western isolation tendencies vis-à-vis China, warning that a new Cold War must be prevented. Unsurprisingly, perhaps, Scholz’s message was praised in many Chinese-language media but raised eyebrows in the West. These events in 2022 beg the question of how German industrial interests, the new doctrine of strategic autonomy and a renewed G7 alliance will shape EU-China relations in 2023. Will Germany continue to prioritise business over politics, ignoring political red flags as it did for a long time with Russia? Or, after the Zeitenwende with Russia, will there be a Zeitenwende regarding China in 2023?

While the entire EU is searching for a new approach to China, the first capital obliged to draft a strategy is Berlin. There is some merit to the argument that perhaps other member states with a more clear-cut vision on China, such as Lithuania, should drive EU-China policy. Germany had to learn the hard way what consequences an economic foreign policy centred around (over-)reliance on a revisionist authoritarian regime can entail. However, due to a range of political and economic factors, European China policy with a side-lined Germany will be less effective. China sees the EU mainly as a “market power”, and Germany clearly dominates EU trade with China. In 2021, EU-China trade amounted to around €700 bn, almost one-third of which sprang from Germany. The German automotive industry alone accounted for more than 40% of European FDI in China, and German chemicals giant BASF is among the top investors in China. Owed to these close trade relations, bilateral economic relations have been continuously strengthening for decades, and Germany is the only European nation with which China conducts regular government consultations.

EU investments in China are dominated by German firms, most of which belong to the auto industry 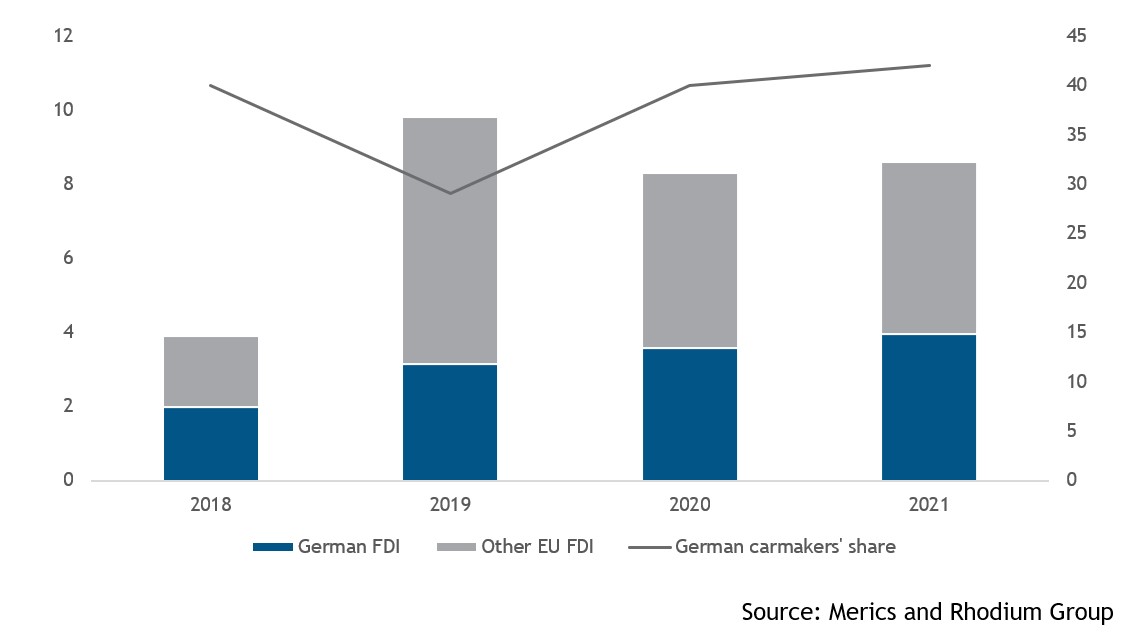 This approach to China by both conservative and social democratic German governments poses both risks and opportunities for a new European China policy. While Xi’s tacit steps to ease pandemic restrictions may be interpreted as a welcome macroeconomic sign, there is a genuine risk that Berlin will try to rewarm its old policy and, after some time, continue business as usual. This could deepen frictions within the EU between those who emphasise (geo-)political risks and those who stress business opportunities. Some member states see the union headed for the next strategic error of Russian proportions and want to decrease dependence on China now, whereas others argue that eating the Chinese cake a little longer could make economic sense, even without having it in the end. In many ways, these divisions reflect the East-West divide in the EU’s Russia policy until February 24.

At the same time, pragmatic business contacts, like the potential rollout of Western covid vaccines in China, could even help to strengthen the necessary “partnership” element in the EU’s classification of China as partner, competitor, and rival. Noting that the latter two aspects of the relationship were growing, the EU’s chief diplomat, Josep Borrell, warned that the EU was already more dependent on China’s critical raw materials for its green and digital transition than it was on Russian fossil fuels. This could make it inevitable to engage more closely with China, even for rather China-critical voices in the German and European political arena, such as the Greens. European resolve could be put to the test in 2023 should China offer to lift sanctions against members of the European Parliament and European NGOs in exchange for the ratification of the EU-China Comprehensive Agreement on Investment (CAI). However, China’s reported maltreatment of Uighurs will remain a reason for many European parliamentarians to oppose CAI, and even staunch defenders of the agreement like European Council president Charles Michel did not bring it up in Beijing.

If Chinese strategists are right and Germany remains the motor of European-China policy in 2023, they will look out for two things in particular. First, the publication of the new China strategies of two ministries headed by Green politicians: China-critical foreign minister, Annalena Baerbock, and the economy minister, Robert Habeck, whose leaked draft warned that China could annex Taiwan before 2027. And second, whether Scholz’s government will formulate a clearer line for Chinese investments in strategically sensitive areas, after China was allowed to purchase shares in a terminal in Germany’s largest port in Hamburg, but not a computer chip factory. Together with the publication of the EU’s Critical Raw Materials Act, expected for the spring of 2023, these events could foreshadow how competitive, or even confrontational, Europe-China policy could become in the coming years.

The Global Counsel team follow closely issues in China's domestic policy environment as well as its international relations. For more on this: 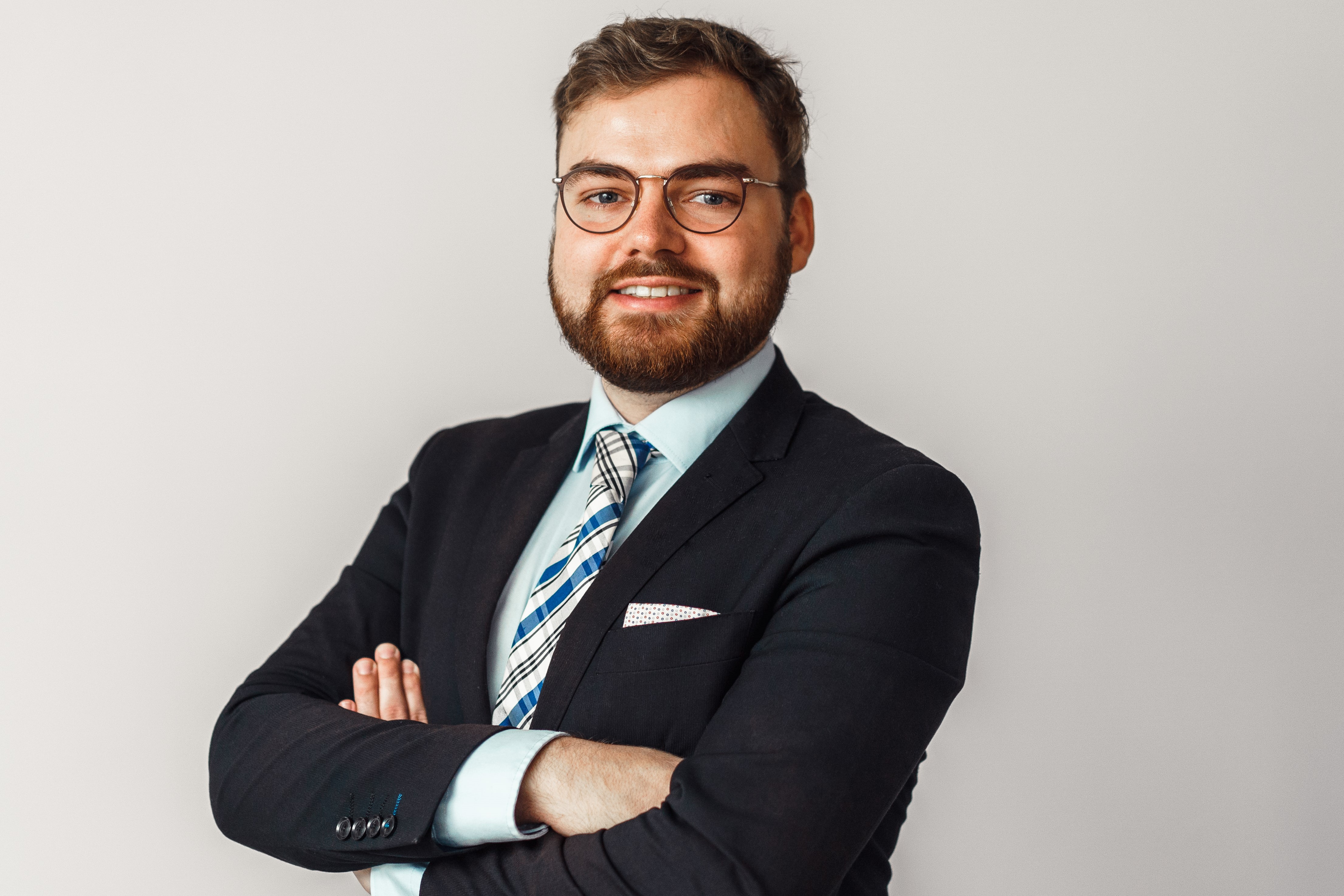