A core lesson across infrastructure projects is all too often the attention has been on ambitious targets, rather than the nitty-gritty of delivery. This is timely as we look ahead to the European Commission’s “REPowerEU” plan published on Wednesday. Updating a previously hastily-assembled package in March, this will accelerate plans to reduce and stop fossil fuel imports from Russia, but in many areas will be limited to describing actions by national governments to promote alternatives such as solar, wind and hydrogen. With the EU considering revising its 2030 target in the Renewable Energy Directive even higher, a new directive on permitting, bringing forward the results of a consultation launched in January, is so vital for the success of REPowerEU. It promises to streamline the rules governing the deployment and development of renewable energy projects. But it must also empower citizens and households to play their part in the energy transition and cut red tape. Doing this will challenge strong bureaucratic and vested interests at the national and local level, as well as some environmental groups and align itself with experts across the sector who have been telling me for months this is an existentially important question. How will the commission’s approach succeed in addressing these three tests?

The Russian invasion only served to strengthen existing political momentum behind renewable energy. This reflects a growing consensus at the global level, clear when working at the COP26 Conference in Glasgow to secure pledges for rapidly scaled up clean power and energy efficiency measures. The International Energy Agency (IEA), a key stakeholder in driving ambitious COP26 energy outcomes, published a renewable energy outlook last week confirming this is feeding through into investment, with new renewable energy power capacity in Europe increasing to 36GW in 2021, a 30% increase on 2020 levels. The IEA also forecast that alongside parallel measures on energy efficiency, renewable energy capacity in the pipeline for 2022-2023 has the potential to significantly reduce EU dependence on Russian gas, at approximately 180TWh.

However, scratch beneath the surface and a more complex picture emerges. The IEA’s analysis shows for the first time a rise in the global cost for new solar photovoltaic and wind energy, reversing a decade-long trend. Meanwhile in Europe, prices for long-term solar and wind deals rose 8.7% in the first quarter, with prices for power purchase agreements up 28% a year earlier.

This data should and does cause alarm among policymakers, with zero carbon electricity representing now a significant fraction of the total electricity generated in the EU each year. High commodity prices, rising productions costs and supply chain disruption have all played their part but permitting is the one issue within the control of public authorities and the commission to address.

In his evangelical speech to the world hydrogen council last week, Executive Vice-President Frans Timmermans singled out the complexity and length of the permitting process, where delays of up to 9 years are common for wind projects and 4-5 years in the case of solar. Costs can also be high, deterring developers and investors in clean energy projects.

In the case of wind, Global Monitor data shows that the EU has four-times more wind capacity in permitting than under construction and with 81% of projects in permitting underperforms other significant renewable energy markets such as the US (79%), China (74%) and India (64%). 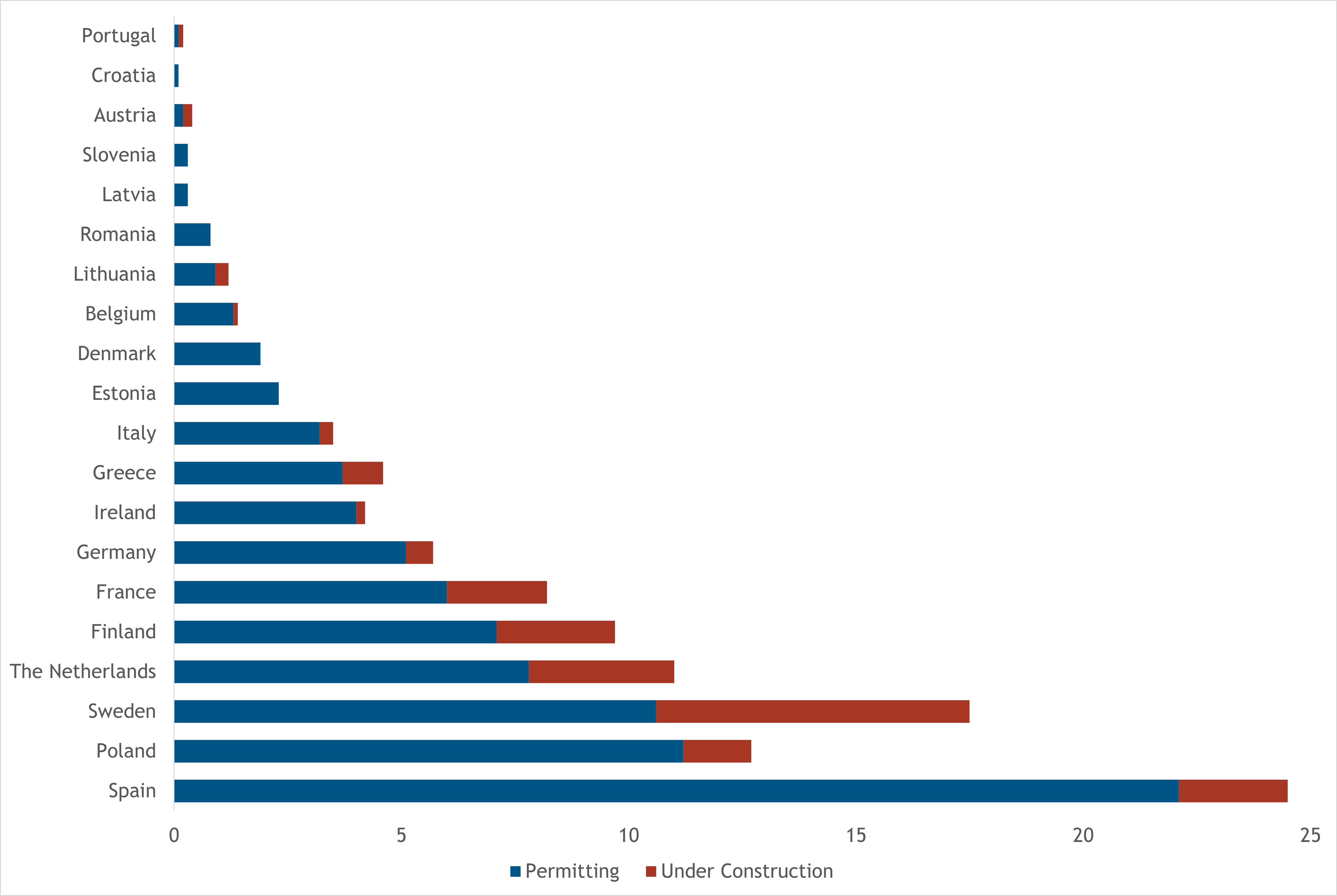 The core commission offer is to accelerate approvals for some renewable energy projects to less than a year and to designate ‘go-to-areas’ of land or sea which have a low environmental impact, such as concentrating solar power on rooftops. Whether REPowerEU ultimately boosts developer and investor confidence will depend on three practical tests:

First, do measures boost and/or release administrative capabilities in local authorities? Permitting agencies and local authorities are often under-resourced or lack skills to cope with project demand. Many member states also lack a single contact point for escalating or unblocking particular cases, which can also reduce visibility of the pipeline of renewable energy projects for politicians and for players in the supply chains. Requiring but also codifying the creation of these bodies will be crucial.

Second, are citizens and households empowered to play their part? They will in the future not just be consumers, but also producers, storers and managers of efficient energy use. The commission estimates that up to half of Europe’s renewable energy could be produced by households by 2050, but permitting for distributed generation projects is intrinsically linked to local democracy and consultation at the local level. This is recognised by the recent launch of the Energy Communities Repository but is not a strength generally associated with Brussels-centric EU decision-making.

Third, do the proposals sell the benefits of a net reduction in red tape? Current spatial planning constraints, from exclusion zones and to minimum distancing to housing, are often complex to navigate and in my experience with infrastructure projects these requirements all have their own advocates and interest groups. Any meaningful streamlining of consents and authorisations needed will have to overcome entrenched opposition forces that will not automatically see the benefits of clarity and consistency across EU member states for developers and investors.

REPowerEU must grasp the nettle on permitting. By addressing these three key tests, the commission can give developers and investors’ confidence that in the medium-term up to 2030, ambitious targets to accelerate Europe’s renewable energy transition can become a reality. 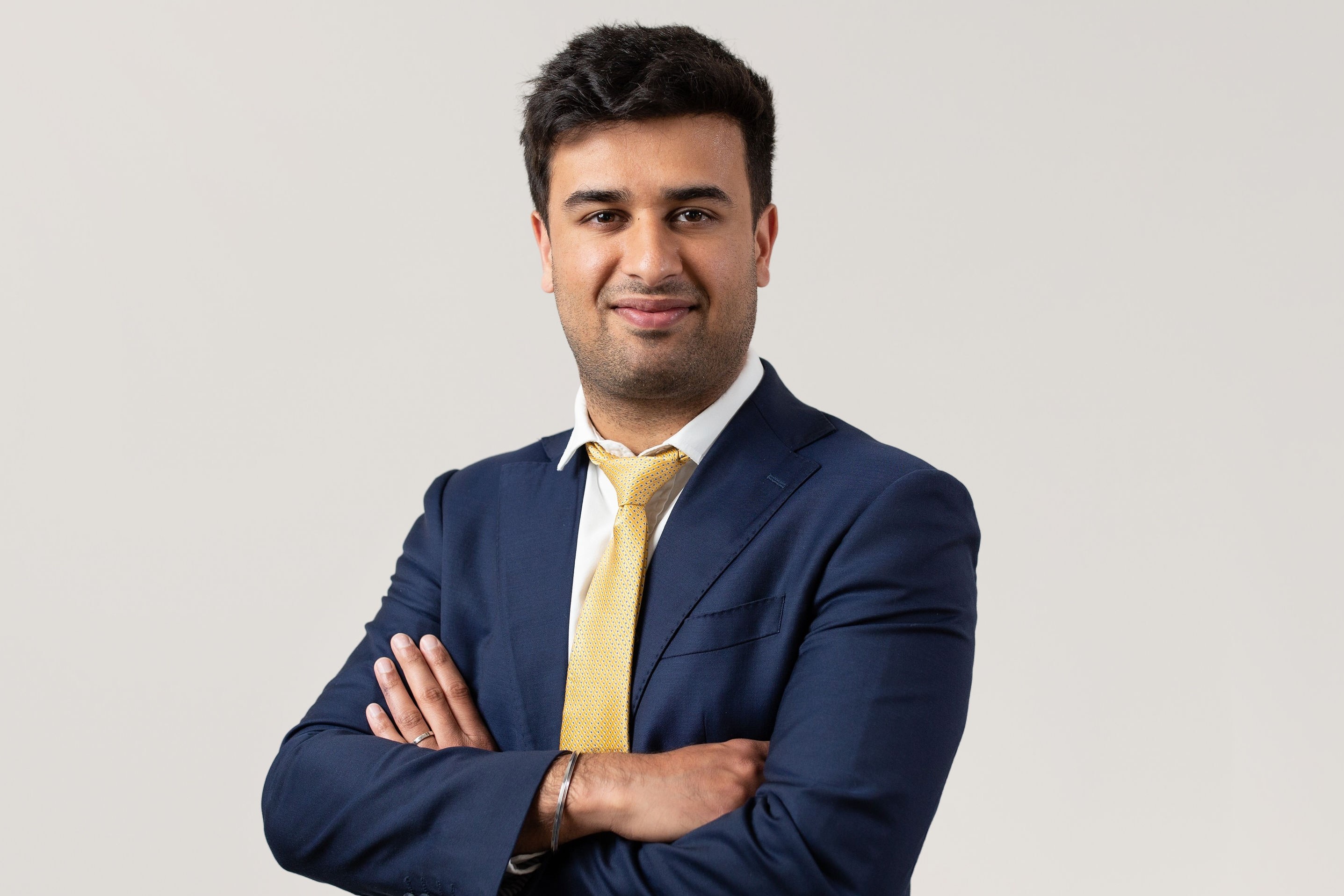 The reality facing the energy transition

Although the Biden administration has prioritized the US energy transition like no previous administration has, we are seeing a surge in fossil fuel extraction, export, and use. The Russian invasion of Ukraine and pandemic-related supply chain bottlenecks have inflamed US fossil usage. But the geopolitical imperative to export energy to US allies held captive to Russian…