Can the SAT and ACT adapt to a changing college admissions landscape, or does an opening exist for a new model?

The US college admissions process is changing as a result of the pandemic, and traditional college entrance exams like the Scholastic Aptitude Test (SAT) and the American College Test (ACT) face an uncertain future. In the wake of these changes, there is a substantial opportunity for agile new market entrants that offer innovative alternatives to conventional assessments.

During the pandemic, nearly every major college and university in the US went test-optional for their admissions process, including the Ivy League and other top universities, which had previously resisted calls to do so. Many have already extended these same policies into 2022. In total, only 46% of all college applications included a test score in 2021, down from 77% the year before. This plummet in the number of tests has had a deleterious effect on the near-term finances of the major test providers, and may signal an opening in the market for new, more innovative assessments.

A rite of passage changed by the pandemic

Each year, millions of teenagers across the US take a college admissions test. For nearly 100 years, most high schoolers have chosen either the Scholastic Aptitude Test (SAT) or the American College Test (ACT), administered by the College Board and ACT, Inc., respectively. However, a recent shift by many US colleges and universities to no longer require the tests, combined with the effects of the covid-19 pandemic, have clouded the prospects for the two assessments – and potentially provide an opening for new players pursuing new approaches to the longstanding practice.

The obvious instigating event for this precipitous decline in revenue was the covid-19 pandemic, which closed traditional test sites like high schools and prompted many colleges and universities to make test scores optional for the year’s college applications. Even as the pandemic recedes and in-person testing returns, some colleges and universities are choosing not to reinstate the requirement, and some may drop the admissions test requirement permanently. The president of Colgate University in upstate York recently was quoted as saying: “Our entire applicant pool didn’t have access to SAT tests or ACT tests, so we moved away. I don’t see us moving back for a while.”

An opportunity for disruption

The difficulties faced by the College Board and ACT could provide an opening to more disruptive players in the assessment market. Whereas both the College Board and ACT have been slow to shift to online versions of their tests, and even today require it to be proctored in a school or test centre rather than allowing it to be taken at home, another assessment provider might embrace the potential for a valid, reliable, at-home assessment, which students and families made nervous by the pandemic may embrace.

The pandemic has also created an opportunity to rethink the high-stakes, one-time event that the college admissions test traditionally represents. Instead, a shorter, periodic assessment could be organically integrated into a high school junior year, providing a more reliable and consistent score across geographies than a high school letter grade, and lowering the anxieties associated with a one-time admissions test. The shift presents policy questions, as well: some 15 states cover the cost of taking the SAT for disadvantaged students, while 24 states do the same for the ACT. Such fees can also be paid for under Upward Bound, a federally funded college-readiness program for lower-income students that carried a budget of some $350m in FY2020.

Nearly 25% of all US colleges and universities had already moved to some form of test-optional applications before the pandemic, including leading institutions such as the California state university system and the University of Chicago. The primary motivation of schools shifting toward test-optional policies is racial and wealth equity, with supporters claiming that college admissions tests provide an unfair advantage to affluent students who can afford test prep. A variety of data appears to support this contention. A study of 2015 SAT data by left-leaning think tank Brookings found that the mean score on the math section of the SAT for all test takers was 511 out of 800, with the average scores for African Americans (428) and Latinos (457) significantly below those of whites (534) and Asians (598) (see chart below). 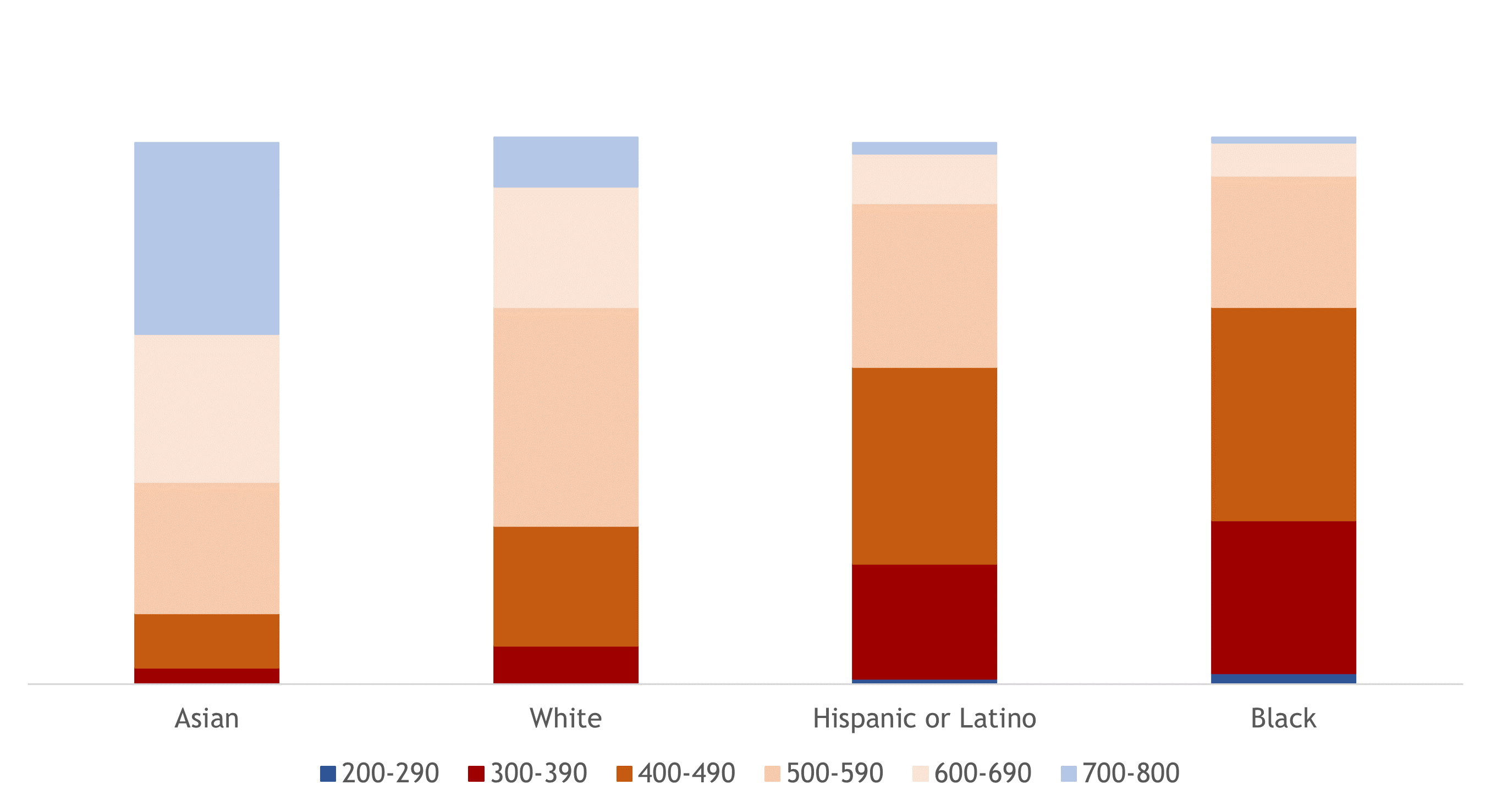 During the pandemic, nearly every major college and university went test-optional, including the Ivy League and other top universities, which had previously resisted calls for test-optional admissions. Many have already extended these same policies into 2022. In total, some 46% of all college applications included a test score in 2021, down from 77% the year before.

Most ominous for assessment providers is that several top state universities, including the University of California system, University of Colorado, and University of Washington, have committed to phase out admissions exams permanently. There may potentially be a domino effect where other state university systems, especially those located in blue states with similar policy priorities, will soon follow.

According to a report by the Common Application (a consortium that allows students to apply to multiple schools using the same application process), underrepresented minority students and first-generation students were less likely to include a test score on their application amidst the pandemic changes. During the fall 2021 admissions cycle, the UC system reported its largest number of undergraduate applications in history, with significant growth among African American and Latino applicants. A recent survey by the Association of American Colleges and Universities (AACU), the leading association of institutions of higher education, found that more than 57% of college administrators believed that “improving campus diversity, equity, and inclusion” should be the top strategic priority. Test-optional admissions is a likely way to broaden the applicant pool to include more underrepresented groups, consistent with one of the top priorities among college administrators today.

This leaves the College Board and the ACT in a difficult position. Even as the pandemic recedes, the dynamic remains: many colleges no longer require a test score. It is not limited to the SAT and ACT, either: an advisory panel for the UC system recently recommended against using an alternative assessment, the Smarter Balanced test (which assesses mastery of California’s public high-school core curriculum), suggesting it too would produce the same alleged racial and socioeconomic disparities as other tests. For now, the UC system will rely on other measures like written essays to determine acceptances.

In recent years, 25 states have replaced a traditional high school assessment with either the SAT or ACT, which is permissible under federal education law. This avoids “double-testing” high school juniors who would otherwise take both a traditional high school assessment and a college admissions test, as well as helping increase the total number of students that take a college admissions test in the state by administering the exam during regular school hours. To continue to meet federal education requirements, these states depend on third party assessments like SAT or ACT. A disruptive new or emerging market entrant could grow quickly if it can demonstrate better value than those legacy assessments and ultimately win a large, lucrative state contract.

Although many colleges are no longer requiring an SAT or ACT score, there continues to be demand for the tests. Even amid a global pandemic, when it was optional, nearly half of all college applications still included a score. Indeed, 2019 represented high-water-marks for students taking both the SAT (2.2m) and the ACT (1.8m). Even the lower post-pandemic figures represent a persistently high floor even for an assessment market that is experiencing change. This may help encourage innovative new players to enter the market knowing that the worst is likely behind it, or provide the necessary incentive for College Board and ACT to adapt to compete in a smaller but still substantial market. 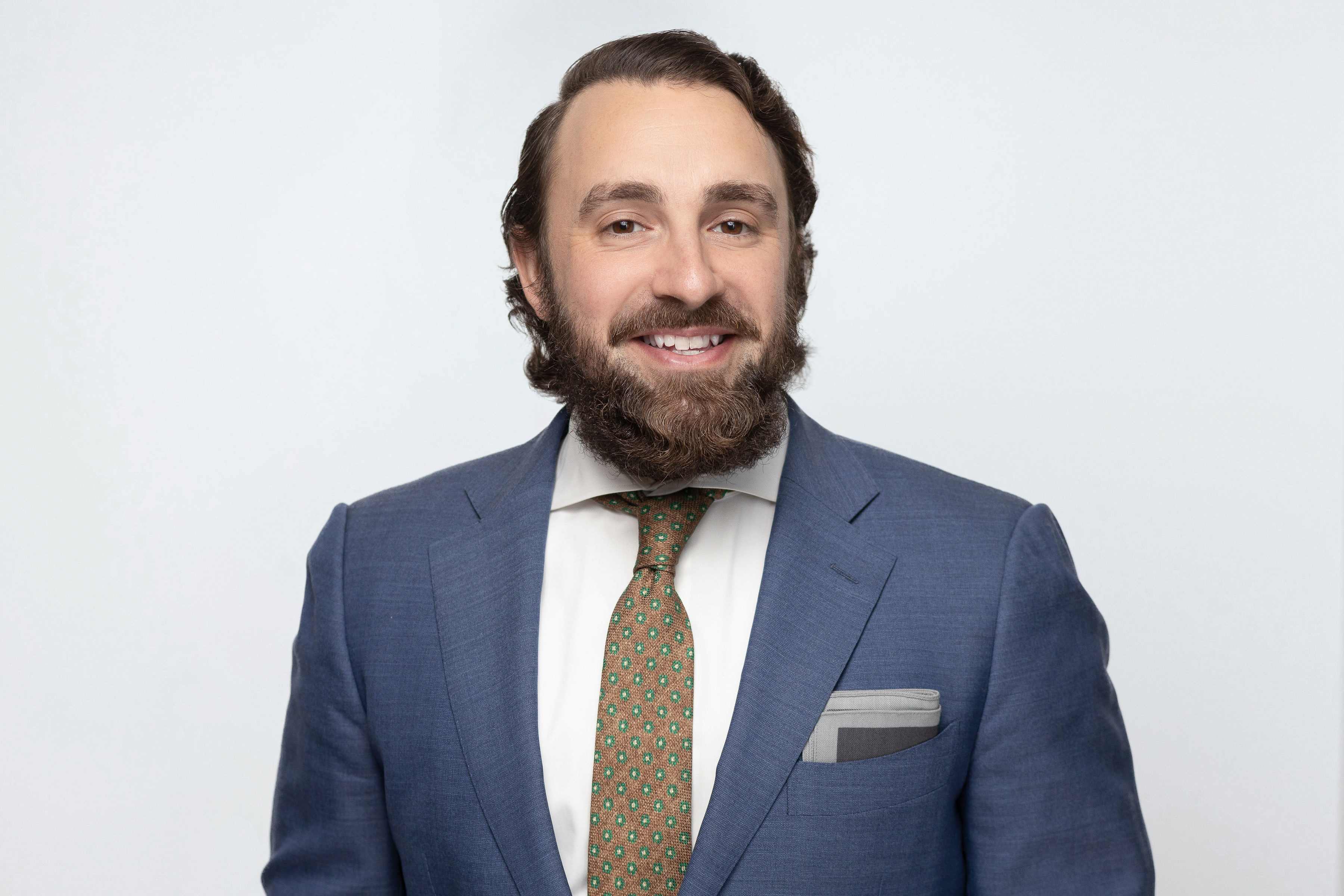